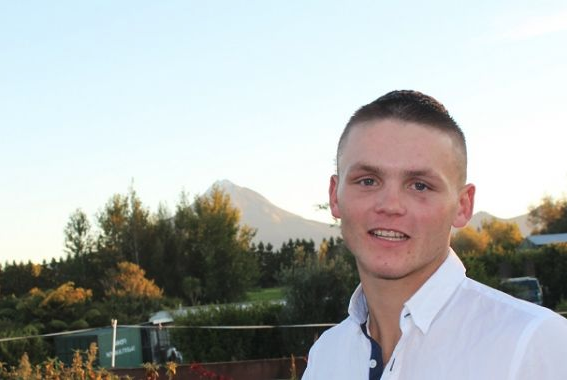 “I’ve got another quote,” Jesse Mahony calls to say.

The late Witt tutor BJ Hetet is one of the mentors who Jesse, from Inglewood, credits with helping him in his work and sports achievements.

BJ, who also took Jesse to play at representative level for Taranaki in league, died suddenly earlier this year while playing his beloved game.

Jesse, who spent two years at Witt in 2015 and 2016, will be thinking about BJ when he steps into a boxing ring in Darwin later this month.

The 19-year-old will be in the ring representing New Zealand at the Arafura Games, which he hopes will get him one step closer to his goal of boxing at the Commonwealth Games in Birmingham, England, in 2022.

It won’t be the first time he has represented his country in sports, he’s also represented New Zealand in equestrian. He was a member of the 2006 New Zealand Pony Club team which competed in Ireland.

Before he joined Witt in 2015 Jesse had planned for a life in the army, and was hugely frustrated when it didn’t work out.

With a full complement of driving licences he was left contemplating work as a truck driver. At 17 the highly talented sports star fitted the profile of a frustrated young man in a “dark place”.

But exposure to Witt staff when he was on a STAR engineering course following by a year studying sports and fitness with Kieran McKendry in the Taranaki Trades Academy opened an apprenticeship door with Energy Works, where he is today.

Jesse takes the view that you get out of sport what you put into it – and he has found the same applies to his teachers and tutors. The more they put into him, the more he got out of it.

Academically at Witt, maths guru Gary Sharpe and Jesse’s nana – Barbara – were there for him. He received considerable pastoral support from chaplain Tuari Reweti. He speaks highlight of kaitakawaenga Allana Prestney – and, of course, BJ Hetet.

The young man who didn’t particularly enjoy his class time at secondary school left polytech with an outstanding student award.

Jesse’s interest in boxing was encouraged in Waitara by another teacher whose work with him paid dividends.

Trainer Keiron Toa steered Jesse to the North Island Golden Gloves tournament in Taupo last June and he came home with a title.

He will take the amateur record of nine wins from 11 outings to Darwin – where he hopes to continue on a path to an ultimate goal of representing New Zealand at the Commonwealth Games in Birmingham, England, in 2022.

With good teaching and hard work, anything could be possible.